A series of aerial photographs by the artist captured between 2017 – 2020. With nose pressed to glass, gazing out over our collective marks and shapes we leave on the earth’s surface below, synergies and patterns emerge reflecting worlds within worlds.

The title for each photograph is created using a system of nomenclature – a formula used in astronomy to name minor planets. The name of each piece is determined by when + where the image was captured. Each title starts with two numbers marking the year it was taken in. This is followed by the first letter in the name of the month it was taken which is then followed by the month’s date and abbreviation for the state it was captured in. Each subtitle is the full geo coordinates of where it was taken. For example,Terra Strata 17S29AZ/33°41’12”N, 114°38’42”W was taken on Sept. 29, 2017 over Arizona. The geo coordinates will give the viewer access to the direct location.

Each print 14×12″, limited to 5 editions each, signed and printed on archival Hahnemuhle paper. 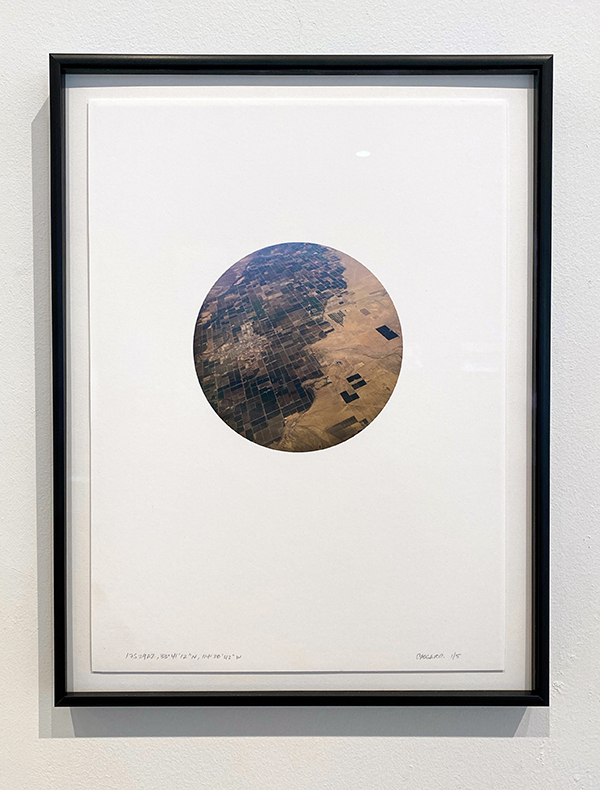