A 300lb white, 8ft x 5ft concrete motherboard circuit was cast and transported into the Mohave desert. A collection of previously recorded NASA satellite images enlisted — each one a survey, a moment of human impact on our planet. Once projected onto the sculpture, a distortion of human-caused patterns emerges; fragments of data, color, light and form contour within the sculpture’s topography. This process was captured within a time-lapse video spanning from dusk until dawn. Daylight hours reveal the bone-white fossil with little evidence of glowing patterns. As dusk proceeds, colorful forms of data and patterns emerge. They slowly develop into to a peak of visual brilliance in the dark of night only to recede again in the morning twilight as the new day begins.

This land art installation project was made possible, in part, with a grant from the Arizona Commission on the Arts. 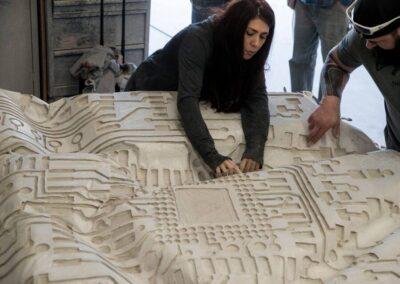 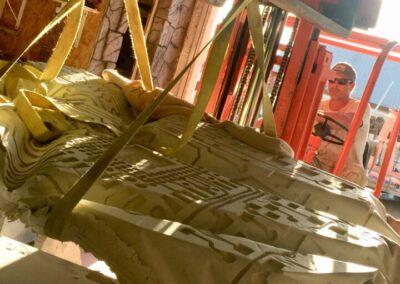 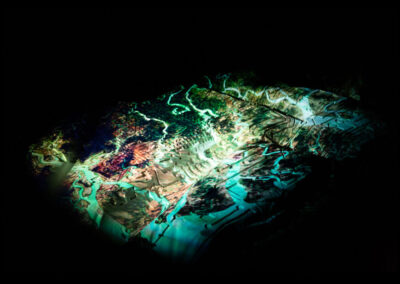